Home Bitcoin Discord plans to integrate Ethereum.The huge backlash made them cancel everything 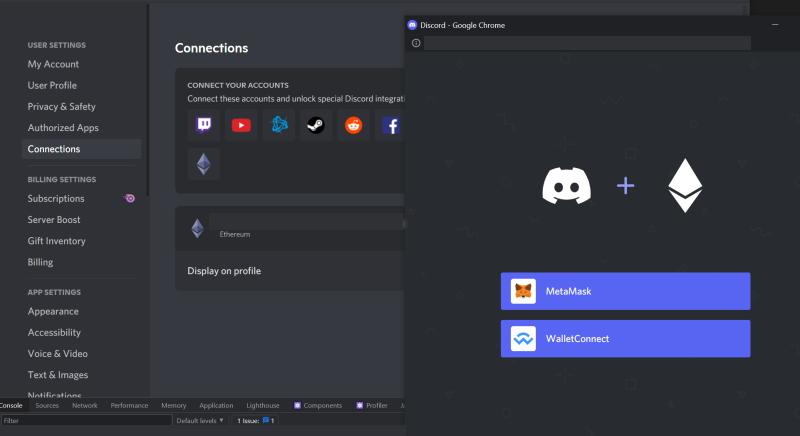 At least Discord knows where it is now. And, through this story, we know how early we all entered the cryptocurrency game. How misunderstood the public about all this. Jason Citron, the founder and CEO of Discord, hinted at possible integration with the Ethereum ecosystem, NFT, and the upcoming Web3. All hells are broken.

Discord fanatics spammed Citron’s response and cancelled their subscription to Nitro’s premium services. Discord’s own employees expressed their discomfort on social media. Video game cultural influencers gathered the masses and gathered hundreds of likes and retweets. What is their reason? Environmental issues. And they think NFT is a scam, which also undermines video games to some extent.

Let us unravel all of this.

How did Discord announce their Web3 plan?

Content creator Packy McCormick wrote An incredibly long article About the history of Discord and how it developed. Of course, the plan ended with cryptocurrency, NFT, their own multi-chain wallet, and an unwise new token. How could it not work? Obviously, this should be the direction that a successful but not fully profitable company like Discord should go, right? The article concludes:

“We firmly believe that the company should follow the attractiveness of its users to web3. The company’s biggest success to date has come from its decision to build a communication infrastructure for gamers. Now, it has the opportunity to build a game for the game we play on the Internet. A more complete set of tools.”

Obviously, McCormick overestimated the crypto movement. Not everyone is playing games. In fact, some people hate it with enthusiasm. Jason Citron of Discord responded with a picture showing some kind of integration between the service, Metamask and WalletConnect. It also has the Ethereum logo. The popular memetic phrase “Maybe nothing“Completed the tweet.

This tweet received hundreds of replies. Most of them criticized their plans, condemned the NFT, and cited environmental issues. If you think about it, it’s really interesting. The logo of Discord is a video game controller, and that community is their initial audience. The electricity used to play video games is orders of magnitude more than the sum of all blockchains.

Do Discord and Web3 match?

They seem to be. If you read the article that started it all, it is difficult to argue about its logic. McCormick said:

“Discord controls the last gesture of web3. Undoubtedly, it has become the preferred coordination platform for various projects, including NFTs, DAOs, crypto investment groups, and crypto startups. This is really amazing. It is so fast. Become the norm in the industry.”

A large number of DAO and NFT projects run their communities on Discord. This seems to be a foolproof bet. Technology crisis Even further:

“With the support of MetaMask, Discord can become a place for people to display their NFTs or select “verified” avatar images in galleries linked to user profiles, with ownership backed up via the blockchain.”

So maybe there is nothing = actually nothing pic.twitter.com/IlzIFSWnnL

This is something Twitter encryption It seems to be working without complaint. How can this go wrong? What makes the Discord community different? McCormick asked:

“What if Bored Ape holders can buy and sell in the same channel they host the conversation? What if Bankless DAO members can buy new tokens during the discussion?”

We may never know.

People don’t know anything about cryptocurrency. Those articles about the environmental risks that blockchain may bring do have an impact on them. However, there are other things happening here. Casting a big net, the Discord community seems to be driven by technology and appreciate art. They should be on the side of the NFT, but they strongly oppose this movement. Almost manic.

This is the reaction of a 3D artist working for Discord:

I hope that the leaders can listen to the chorus of strong moral disgust that this trailer has caused humbly. This really doesn’t have to happen.
https://t.co/JZZBI2npVs

This is another Discord employee who also Forward these two terrible points Activity site:

Where does that anger come from? Is this just an environmental issue? Because they work in a technology company, and technology uses dirty electricity. Is this just about fraud and money laundering? Because in general, the art world is based on fraud and money laundering. No, there is something else here. The crypto world has caused anger among them that should not be ignored. Check the replies under Citron’s tweets and you will see.

Just remember how many furries use your platform, how much money the furries have, and they almost generally hate NFTs and cryptocurrencies.

I would really be surprised if you could show me 5 furs without Discord account.

You do have competition in the market.

Speaking of Discord’s CEO, he supported the company’s entire Web3 project in a PR-friendly manner: “TThank you for all your points. We currently have no plans to release this internal concept. Currently, we focus on protecting users from spam, scams and fraud. Web3 has many good things, but there are also many problems that we need to solve on our scale.“To illustrate this point, they told Techcrunch that the screenshot was from a hackathon:”We are always exploring and cracking things that we think can improve Discord for all the communities we serve.“

Yes, of course not harmonious. We believe in you.