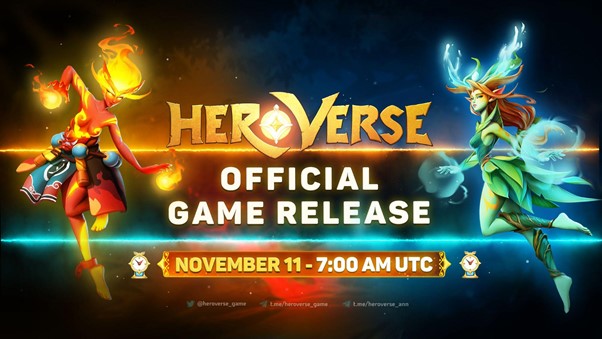 After more than a month at IDO, HeroVerse is currently achieving success for our development team. On the day of IDO, HeroVerse’s native token $HER succeeded Ranked number one on Dextool Debut only 17 minutes. Most importantly, HeroVerse is firmly committed to the roadmap they released, which has established a strong trust with users. Starting from the Hero Sale Ver1, 10,000 boxes were originally expected to be sold out in 7 days, but they were successfully sold out in 1 day, showing the strong interest of the players. After Hero Sale, HeroVerse continued to launch its market, creating an official trading platform for its users; and more blockchain-related functions, such as Staking and Hero Farming Mechanism.

A few weeks ago, in mid-October, HeroVerse released a beta test on multiple devices (mobile and PC). The HeroVerse Beta test has attracted more than 10,000 downloads and has more than 2,000 active players. The main users who joined the Beta test gave thousands of positive feedbacks about the ready-to-use game with stunning graphics.

Posted by users in the HeroVerse community

In addition, HeroVerse not only provides addictive game concepts, but also easy-to-obtain mechanisms. Under normal circumstances, a game will last about two to three minutes, which means that within an hour, each player can play at least 20 consecutive games and receive 20 rewards. There is no easier money than this.

Posted by users in the HeroVerse community

In addition, on November 7th, HeroVerse listed its in-game token $HES and received significant recognition, including the top 1 winner on CoinMarketCap and the top 1 trend on Dextool.

Recently, HeroVerse just announced the release date of its official product at 7:00 AM UTC on November 11th. After the price of $HES tokens soared, in the game tokens, HeroVerse is considered to be a promising project to earn its users after listing. To celebrate the release of its game, HeroVerse provided multiple in-game activities for early players, which attracted more newcomers to join its project.

The campaign is divided into multiple chapters, each chapter is a location on the map, which hides many challenges and rewards. Players need to win all milestones to complete one chapter and unlock the next chapter.

Each chapter has different monsters, special bosses and fascinating treasures for players to discover. 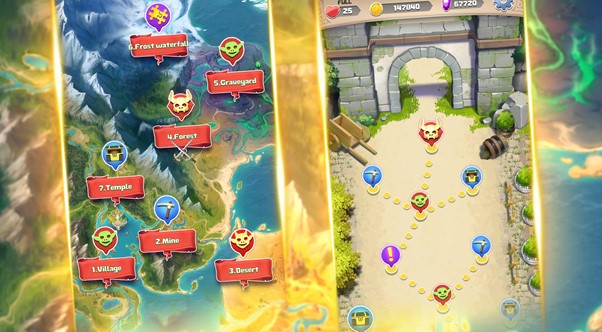 After completing a chapter, the boss in that chapter will be unlocked. Players will have 1 chance to fight the boss as they please every day. They will compete with other players to defeat the boss. The longer the player survives, the greater the reward. 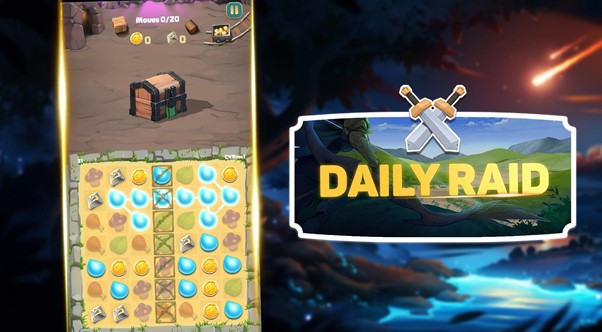 Heroverse has two types of tokens: $HER and $HES. $HER is a pre-minted token used by holders to purchase Heroes and Hero Box. Due to the limited functions of this token type, HeroVerse can control the pricing process of prefab tokens during the project. $HES is the in-game currency that players can earn when playing or swiping heroes, and can be used for almost all game functions.

Play And Earn Model instead of Play To Earn Model, the game pays more attention to the gameplay and increases the player experience. HeroVerse hopes to bring game battles to the community, which can bring happiness and financial success to players.

So far, HeroVerse has achieved remarkable success in the early and mid-term development phases. The development team will launch its official product at 7:00 a.m. UTC on November 11, with various potentials. To celebrate the official game release, HeroVerse will host an in-game event to welcome new members for their first players. Any player who joins the game in the first week after going live will receive an extra $HES, which is a great opportunity for users to win a large bag of $HES tokens. Undoubtedly, this game is about to prove the success story of its development team and the success of its loyal users.