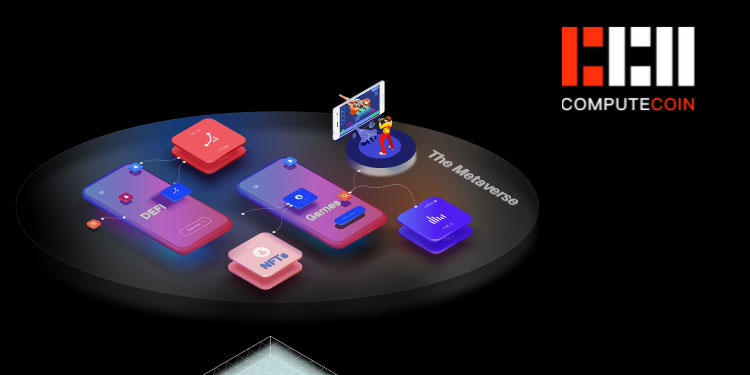 ComputeCoin Network (CCN) is a self-evolving computer designed to provide $2 million in funding for the virtual world and today announced the launch of its testnet. With the addition of some top crypto miners such as Ethereum (ETH), Filecoin (FIL) and Swarm (BZZ) miners, CCN will continue to invite interested and qualified miners to apply until October 11, 2021. ComputeCoin will distribute a limited number of Metaverse Mining Passes (NFT) to high-quality applicants.

The computing needs of Metaverse applications will reach an unprecedented scale, even exceeding the capabilities of traditional technology giants and major blockchains. Unlike other Tier 1 blockchain projects, ComputeCoin mainly focuses on implementing metaverse applications through integration and dynamic configuration of decentralized clouds (such as Filecoin, DFINITY, and data centers) to provide end users (such as VR/AR games) ) Provide an immersive experience.

“ComputeCoin is the first project that specifically addresses the computing challenges faced by Metaverse applications. We envision a platform that can provide Metaverse developers and users with rich, low-cost, instant and reliable computing capabilities. In the past two years, We have been working hard to lay the foundation for ComputeCoin. We are very happy to finally invite miners to join our testnet.”
– Mourad Mazouni, CEO of ComputeCoin

The ComputeCoin project originated from a research project of a key university in 2018 and is now supported by leading scholars and researchers, such as IEEE Fellow, Dr. Steve Liu, a member of the Canadian Academy of Engineering; and Dr. Michael Saunders, a member of the Royal Society of New Zealand. ComputeCoin also has several other IEEE researchers and professors in its expert team.

Interested miners can submit application Participate in the first stage of the testnet; in the later stages of the testnet, miners will bid for certificates in auctions.