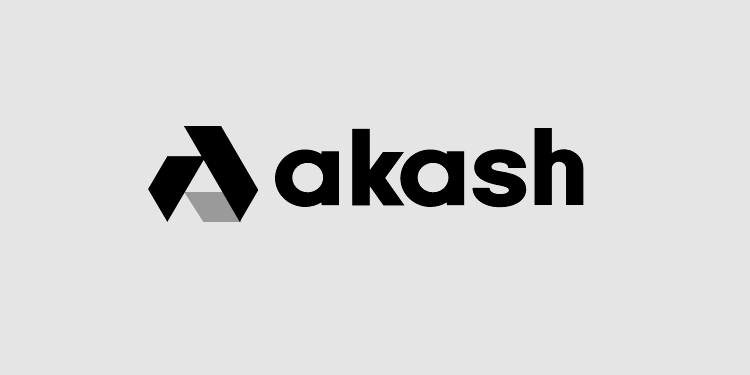 Akash Decentralized cloud network, Today announced the launch of the Akash Developer Funding Program, which is a community-driven source of funding to provide support for promising developers and teams.

The purpose of the plan is to expand the Akash developer community, encourage collaboration, and produce open source projects to further adopt and use Akash Network’s decentralized cloud.

Inspired by programs such as AWS Activate and Y Combinator, the program provides funding, guidance, support, and marketing to developers, including:

All software developers and engineers with a GitHub account are eligible.

What can I do with $AKT tokens?

Holders can use the grants for infrastructure services provided on the Akash network:

How can I get help from Akash?

The award levels of the Developer Funding Program range from $100 to $100,000. The amount of funds received depends on the milestones achieved and the level of funds unlocked.

Four reward levels have been established to support all types of large and small projects:

All grants are paid to the developer’s Akash account address in $AKT. To prevent fraudulent activity, the account is linked to developer accounts on Discourse, GitHub, and Discord.

The award is a non-dilutive donation, and Akash’s finance and community will not obtain project equity through these donations. The grant must be used to deploy and run the application on the Akash network.

The milestones for each project will be determined as part of the grant application. A milestone is a goal, such as the development of a feature, the release of a work test version, and the completion of the work.

A typical project should have 3-4 milestones and be completed within 2-4 months. Projects that have completed the milestones will be shown to investors, consultants and developers in the community on the demo day.

What types of projects will be funded?

The Akash team is committed to transparent and clear processes and hopes to set expectations for the types of projects that will be considered for funding.

Projects applying for developer program funding need to outline how their projects will contribute to and add value to the Akash ecosystem.

Here are some examples of projects that the Akash team hopes to submit:

How is the project accepted?

Proposal will be reviewed by Akash Community Rewards Board (CAB). Every month, CAB will meet to review the proposals submitted by developers, and make proposals on the chain for the community to vote.

All meetings will be recorded, and meeting minutes will be publicly shared with the community. CAB is open to Akash customers, validators, providers, investors, consultants, employees, and former employees. If you are interested in nominating someone, please post it publicly on the funding application in the community forum.

The core goal of the Developer Funding Program is to attract talented developers. If you are interested in inviting developers to join the Akash Developer Program, Create invitation And share it. Every month, the community member with the highest invitation success rate will receive a reward of US$100 or US$1,000.

How will this be funded?

In order to rapidly expand the program, the initial grant will be awarded by the Akash Ministry of Finance.

Akash is currently funding developers through five projects Coding challengeIn the past 3 months, the Akash Treasury Department has awarded more than $7,000 of AKT to more than 80 developers.Seven developers Winner of Solana Hackathon, As part of the Sovrython hackathon, 37 developers Received 100 USD AKT.

CAB will propose more than $1,000 in grants to take advantage of community funds. CAB will work with developers to create proposals to fund projects and encourage community voting.

How to apply for developer funding

Akash Network is a decentralized open source cloud that can accelerate deployment, expansion, efficiency, and cost-effectiveness for high-growth industries such as blockchain and machine learning/artificial intelligence.