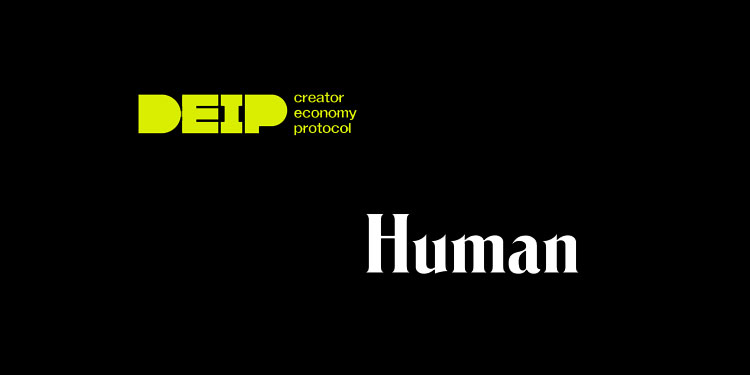 DEIP, a Web3 domain-specific protocol that enables the discovery, evaluation, licensing, and exchange of intangible assets such as intellectual property, announced today it is partnering with Human Guild, a Web3 project that aims to obliterate the barriers that prevent people from creating what they love.

Human Guild was first involved in building the NEAR ecosystem and with crypto gaming communities. Here, they soon realized that the biggest challenges to onboard gamers in crypto were slow, expensive transactions, end usability, and poor development experience.

Since then, NEAR has built up Its scalable developer and user-friendly blockchain architecture, becoming the perfect home for gamers. Human Guild was created to help gamers get started in Web3.

Subsequently, Human Guild has transformed into an open group of founders and creators who believe everyone should be able to earn what they need in order to do what they love. Human Guild’s mission is to increase the number of people earning cryptocurrencies every day.

For its part, DEIP wants to implement a fair, transparent, and trustless foundational infrastructure for unlocking the full potential of creators all around the world. As part of the partnership, DEIP will help to build infrastructure to reach Human Guild’s goal and provide its services and community.

DEIP’s technology tokenizes high-value intangible assets — such as patents, copyrights, inventions, and intellectual property — by turning them into fractionalized NFTs (F-NFTs). F-NFTs can then be traded, providing creators liquidity and holders of the tokens fractional ownership over the intangible asset.

Via partnership with DEIP, Human Guild will help newcomers realize their projects and discover the possibilities of Web3. Both companies strongly believe that anyone should be able to earn by doing what they love with a mission to help people get paid in crypto and get involved in the online creator economy.

Human Guild does not only help newcomers bring their projects to reality and discover the possibilities that Web3 offers. It also engages in the onboarding and creation of communities both online and offline. Human Guild helps people to launch mainnet, to develop and improve their products, support community building, and actively promote a “win and help win” culture.

“At Human Guild, we want every human to be rewarded for bringing their creations to the world. This is exactly what DEIP is enabling via its Creator Economy Protocol, and we are thrilled to work together on making a vibrant creator economy in Web3 space, ” remarked Human Guild’s Co-Founder, Sasha Hudzilin.