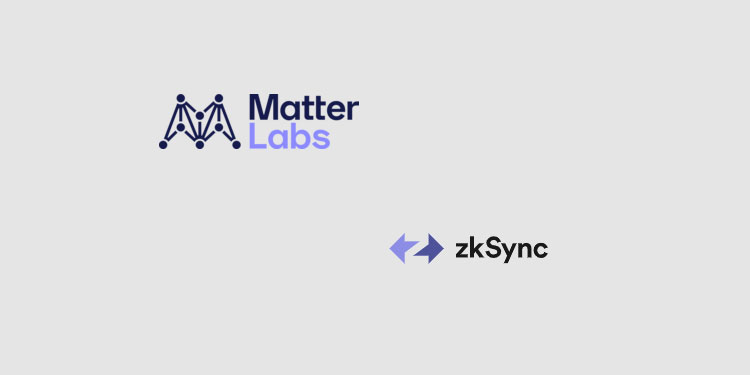 Matter Labs, the company behind zkSync Ethereum layer 2 extension protocol, Announced today that it has received US$50 million in new funding (except for the US$6 million Series A financing in February this year). These new funds will be used to expand Matter Labs’ engineering team and provide funding for business growth.

“This is a task-oriented project,” said Alex Gluchowski, co-founder and CEO of Matter Labs. “Our long-term goal is to enable autonomous participation in the digital economy—that is, to maintain true control over the digital economy. Assets-anyone in the world can afford it.”

The Series B financing was led by Andreessen Horowitz, with existing investors Placeholder, Dragonfly and 1kx. In addition, the second financing was completed with strategic partners such as Blockchain.com, Crypto.com, Consensys, ByBit, OKEx, Alchemy, Covalent, and the founders and leaders of AAVE, Paraswap, Lido, Futureswap, Gnosis, Rarible, and Aragon also joined , Liquity, Celer, Connext, Perpetual, Euler, Opium and many others.

“Until recently, we have almost always focused on technological innovation. Matter Labs COO Zoé Gadsden said: “It is time to take similar collaborative efforts to attract users and developers, which will require expanding our business development and marketing efforts, and Build our community and ecosystem. “

Completely inherit the security guarantee of Ethereum, zkSync adopts ZK rollup architecture — The only blockchain extension method that relies on pure cryptography instead of collectively trusted verifiers, bridges or observers. ZK stands for Zero Knowledge (Proof), which is a series of complex protocols used to prove the completeness of calculations.

In addition, zkSync v2 will support EVM compatible and composable smart contracts. This is the first ZK summary ever to use the transplanted Solidity dApp on its testnet.

“Compared to the mainnet, zkSync will implement Ethereum transactions at higher speeds and lower gas fees. The mathematics used by Matter Labs is indeed very beautiful, and it is amazing to see it implemented on a large scale so quickly,” Stanford University Said Dan Boneh, a professor of computer science.