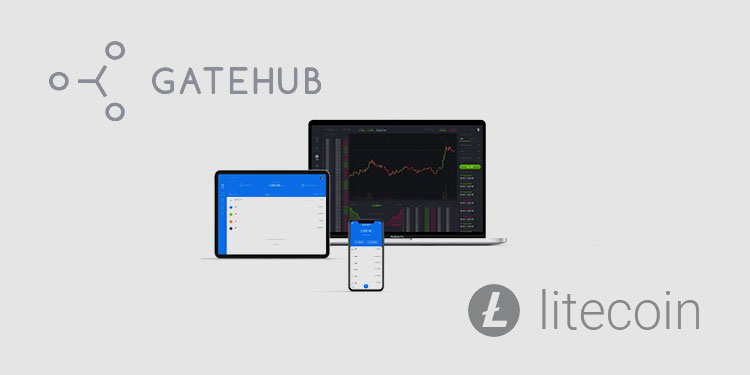 GateHub, a platform Blockchain assets It operates based on the distributed Ripple payment protocol and announced that it has added support for Litecoin and will start listing LTC on June 2, 2021.

The platform will fully support LTC’s deposits, withdrawals and transactions on its XRPL-driven exchange. In addition, LTC can be used to support fiat currencies (USD, Euro) and cryptocurrencies (XRP, BTC, ETH, BCH, ETC, DSH) and any other XRPL IOU transactions.

Litecoin is listed on GateHub

Like any other cryptocurrency, GateHub will fully support LTC. Users will be able to generate a deposit address, which will direct the funds to their wallet. The sending of LTC is done through a wallet owned by GateHub.

Litecoin is an open source software project, an early Bitcoin derivative product launched by Charle Lee in 2011. It uses proof of work like Bitcoin, but reduces block time generation (2.5 minutes), increases the maximum supply (84M), and uses a different hash algorithm (using encryption instead of SHA-256).

first of all, Litecoin Use addresses beginning with “L”.Then follow Implementation of SegWit, The new address format starts with “3”, which is confusing because Bitcoin also uses 3 addresses after SegWit. Litecoin has been adjusted. Today, the Litecoin SegWit address starts with “M”.

The user will use the M address to deposit, and support the withdrawal of the L and M addresses.